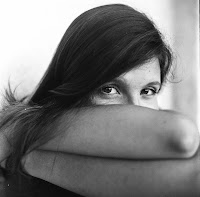 I have begun work on my semester project of photographing Nannies, Caregivers and Au Pairs with the children they watch over, and I have hit my first wall. SUMMER, apparently everyone is out of town or on vacation or in many cases summer time is sort of "down time" in that biz. I have called at least 15 families that have kids I know from school as well as referrals and no one is available. I feel like when school starts things will be back to normal for many families. Fortunately this is just a few weeks away However I will be working full time and I won't have the same available hours. I am noticing an interesting phenomenon however and that is I think people don't really want others to see the relationship their children have with a non parent. It is curious I had a women cancel today because she just did not want any pictures taken of her son with his Nanny. Yesterday I had my eyes opened a bit when I called a family that was refferd from one of my young student's. She told me this summer, in summer school that their Nanny was also the Nanny for the X family. I phoned up Mrs. X and asked if I could take a picture of their Nanny and children for my school project. There was a very long silence and she said "I don't have a Nanny I only have a Housekeeper!" I told her I was sorry to infer any thing but my student Elizabeth had told me your family and her's share a woman. She then informed me, yes they do share a woman that watches Elizabeth and her siblings however she only cleans her house, and Mrs. X watches her own children. I think there is a level of guilt that enters into this scenario if you use HELP to raise your kids. I had not considered this to play into my project. I also think people can't visualize what I'm trying to do. I am going to set up a simple sheet or folded card stock with a set up image of my daughter and the little girl she babysits, and a brief description of what I want to do. I think when people see a color portrait they might be more inclined to participate.
While all this preparation is going on I have not been idle. I have been shooting a LOT of 120 film in my Box Brownie Hawkeye. I did a series at the Fair and it turned out very well. I did another series at the beach and I like it as much as the fair stuff. I will post it soon. The most sucess I have had to date is purchasing a medium format Camera on ebay. It is called a KIEV and it is a Russian copy of a Hasselblad. I did some snooping around web sites and asked friends and family and shoot... I was the higest bidder! I shot my first roll, and yesterday I got it back from the lab. All I can say at this point is WOW. I am gaga over this camera. I will blog more later on my thoughts of film VS digital, probably a great deal in my paper comming up, but for now I have to say I love medium format FILM.
Posted by Mary E Mayer at 2:50 PM 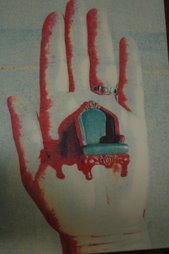